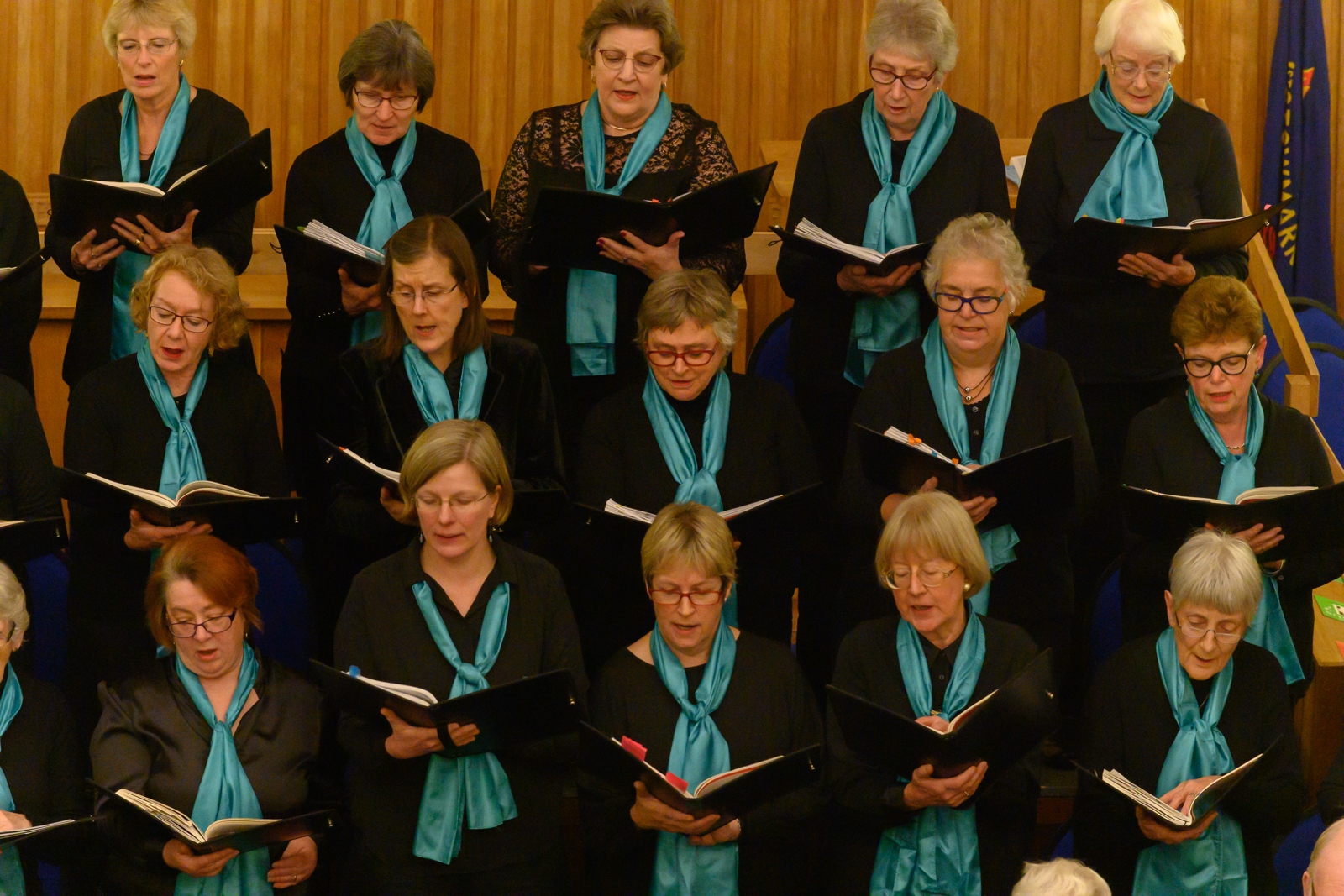 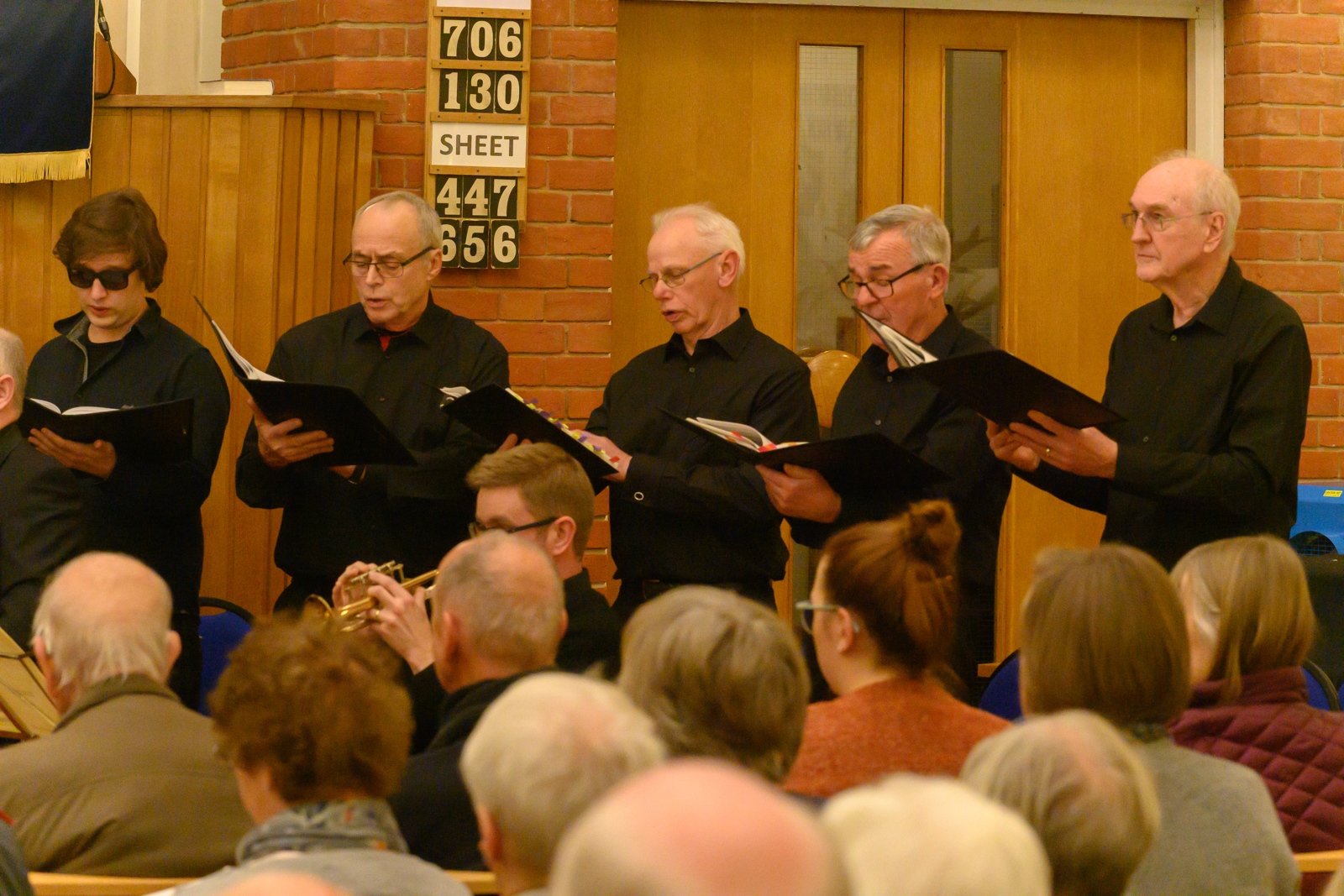 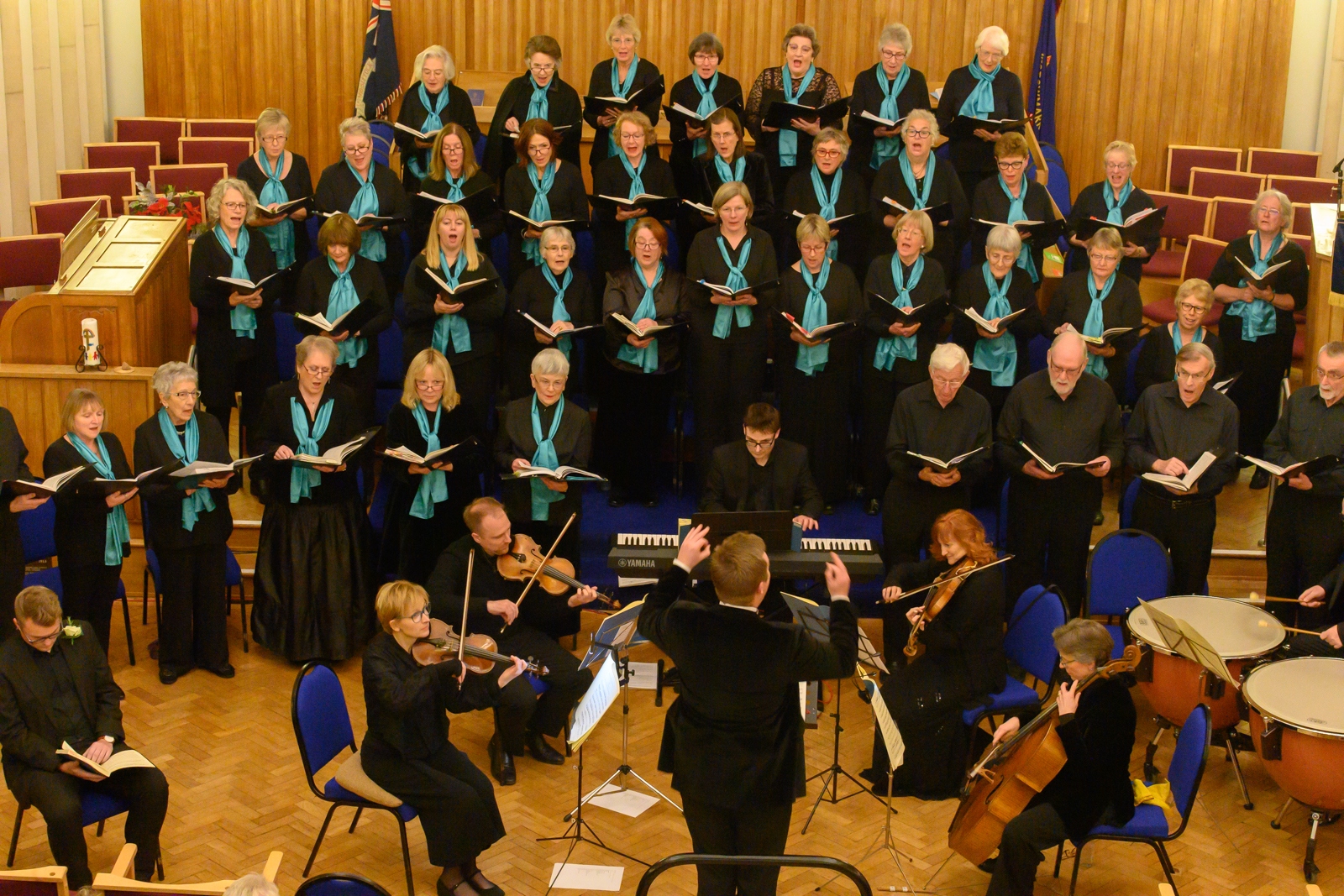 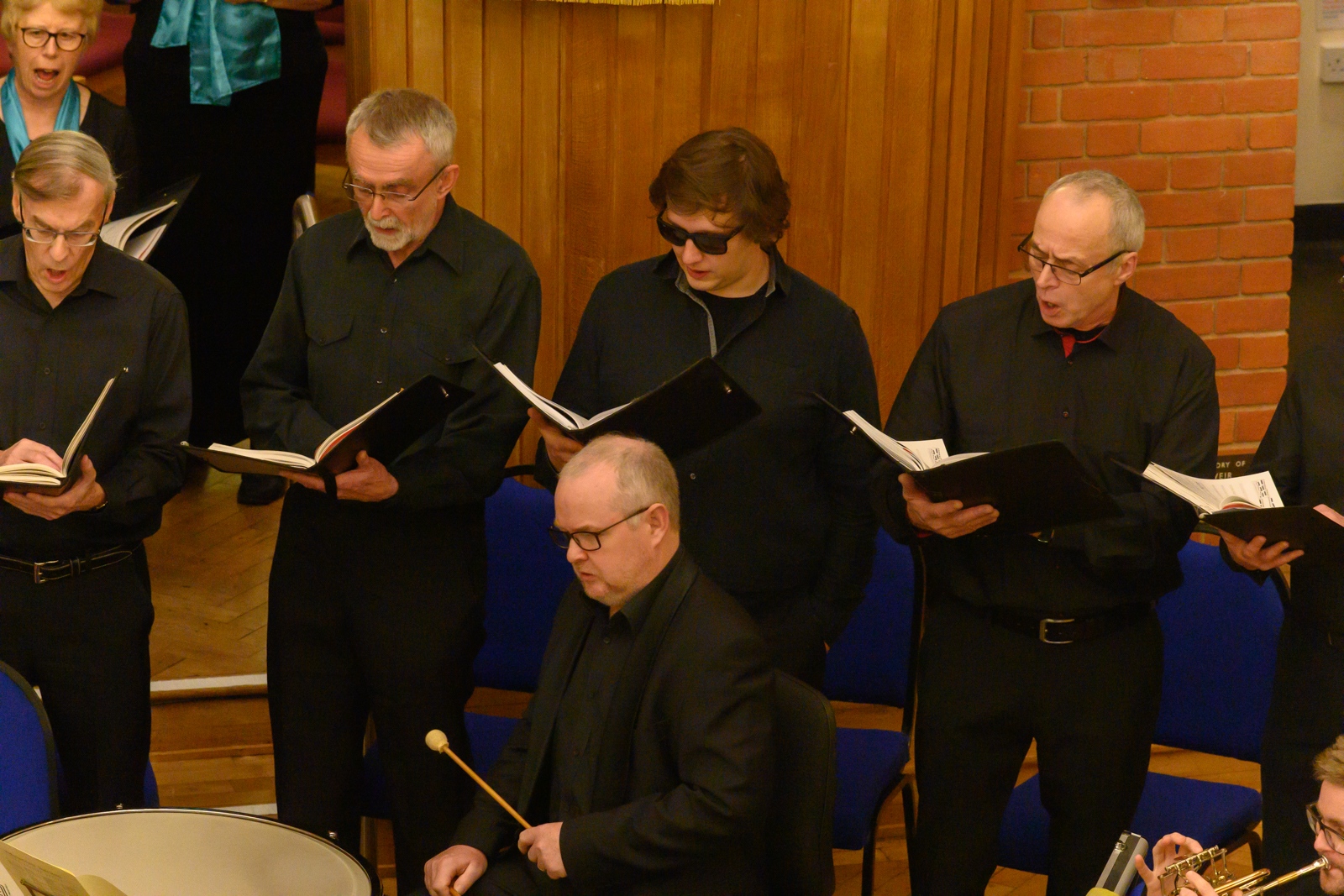 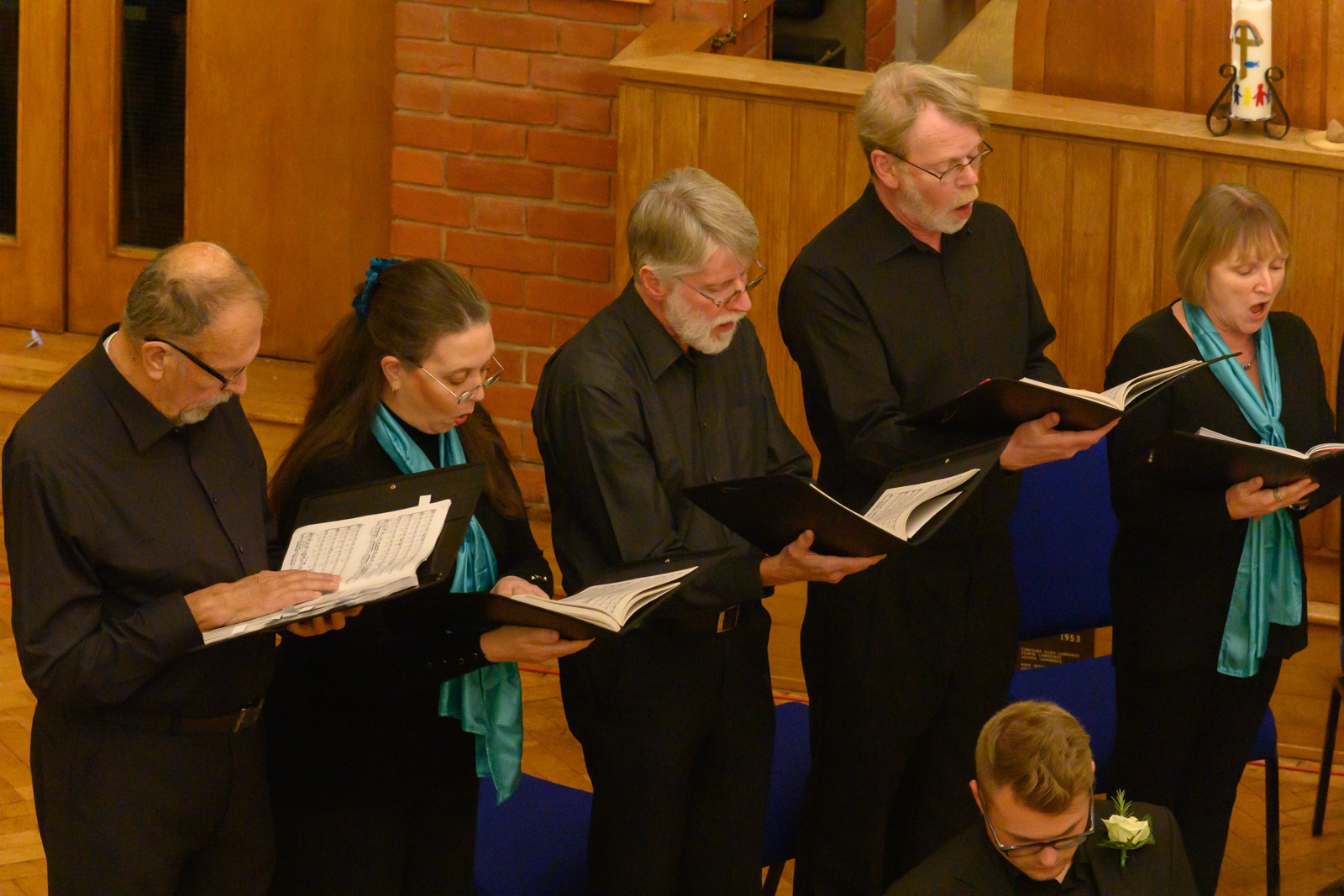 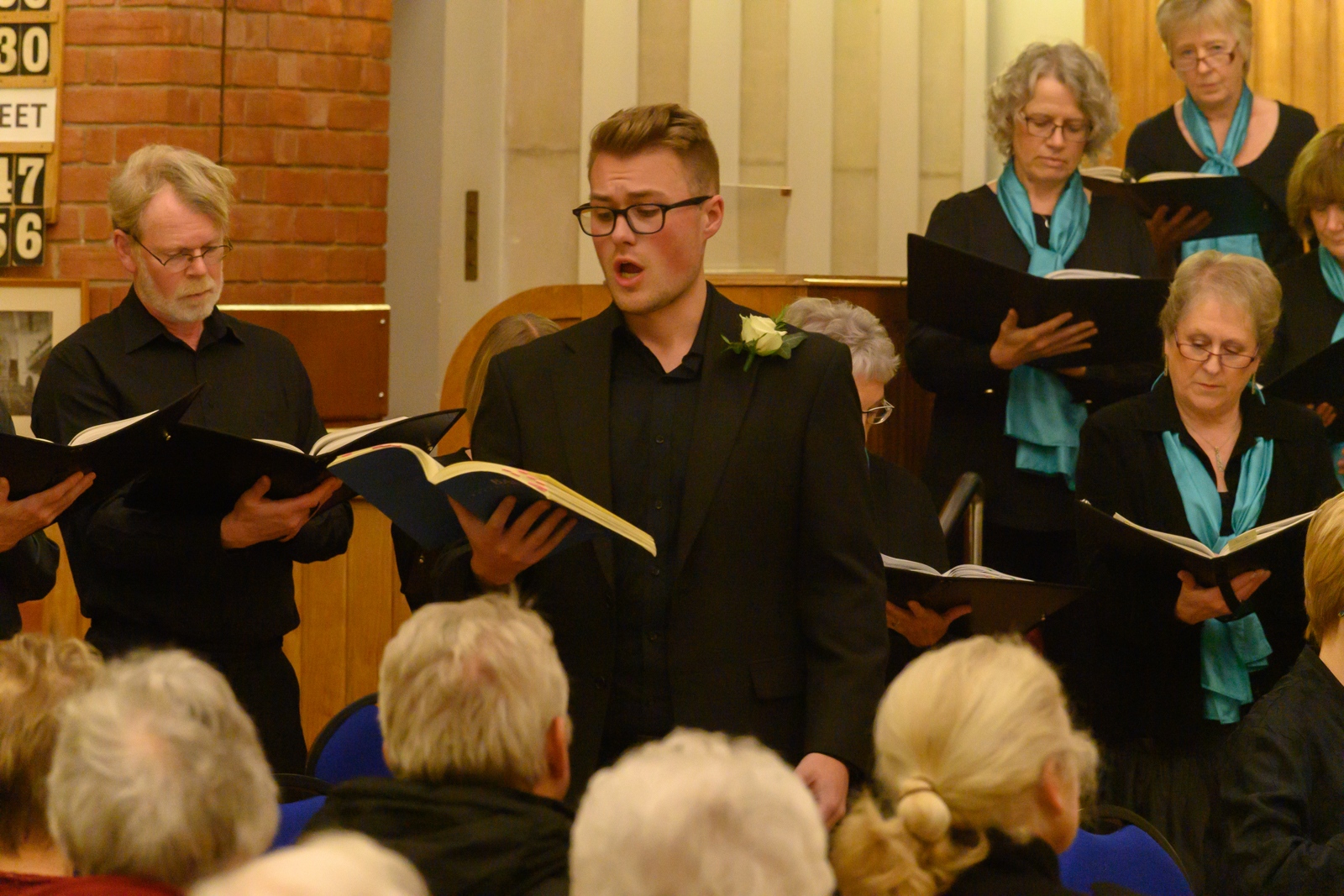 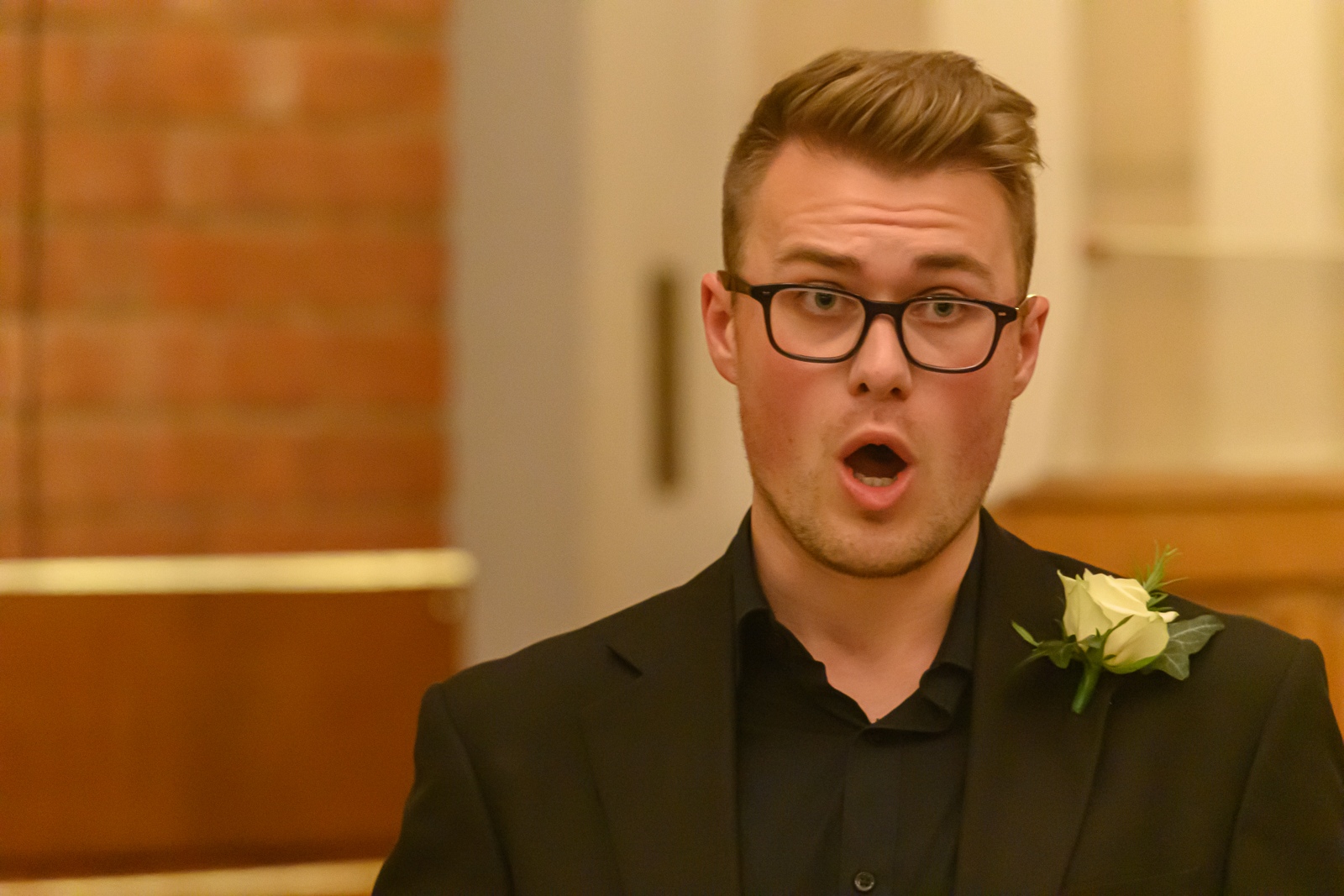 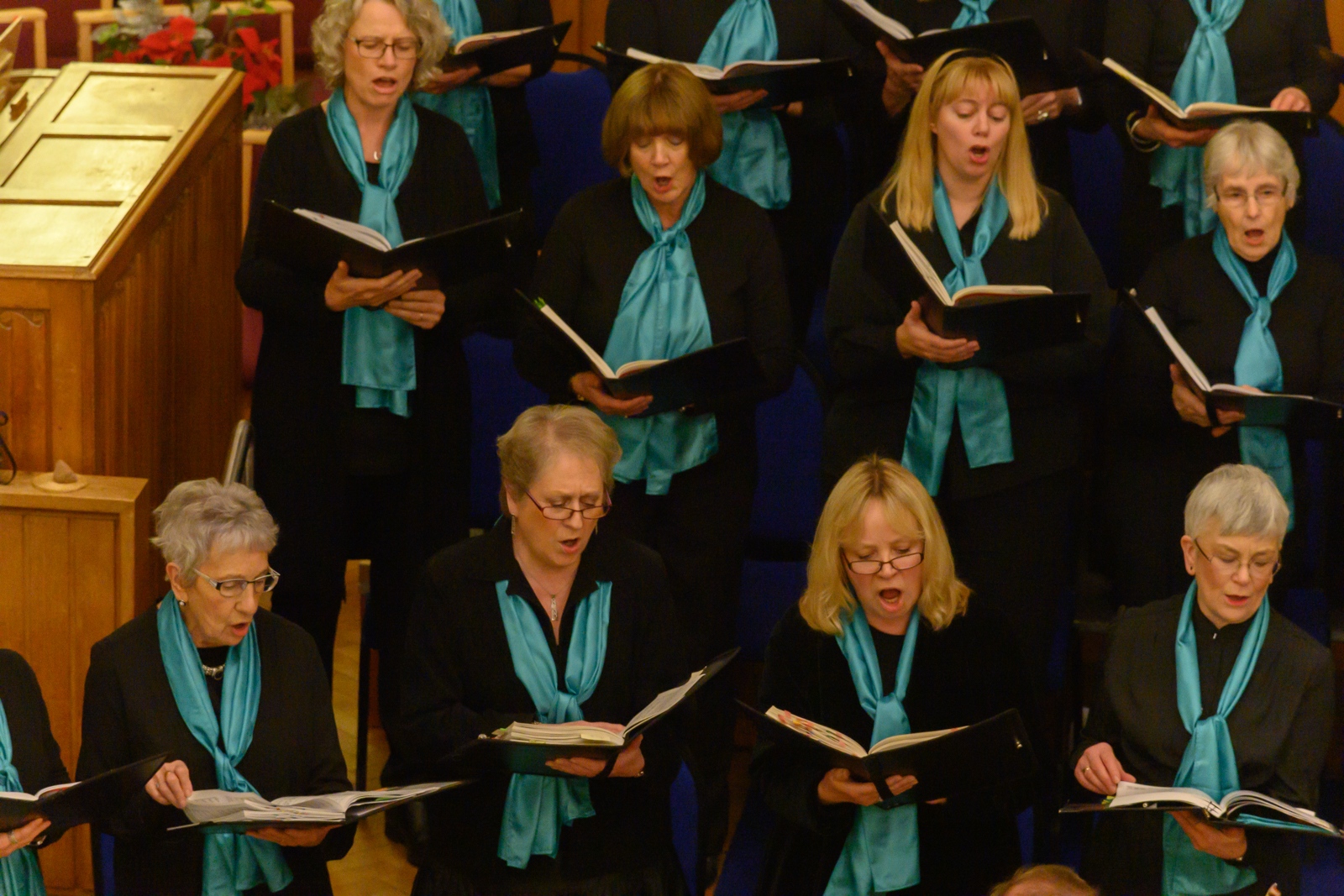 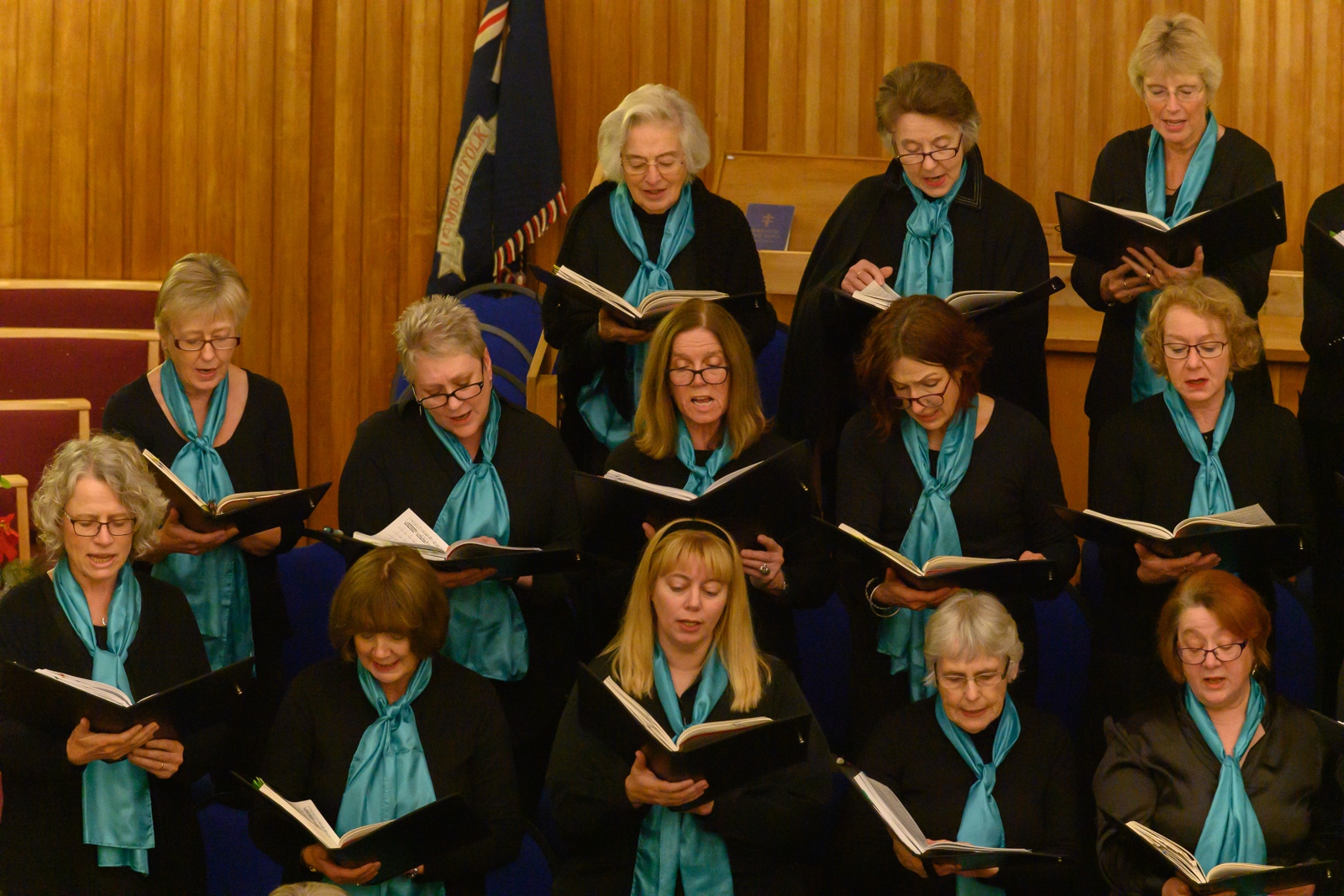 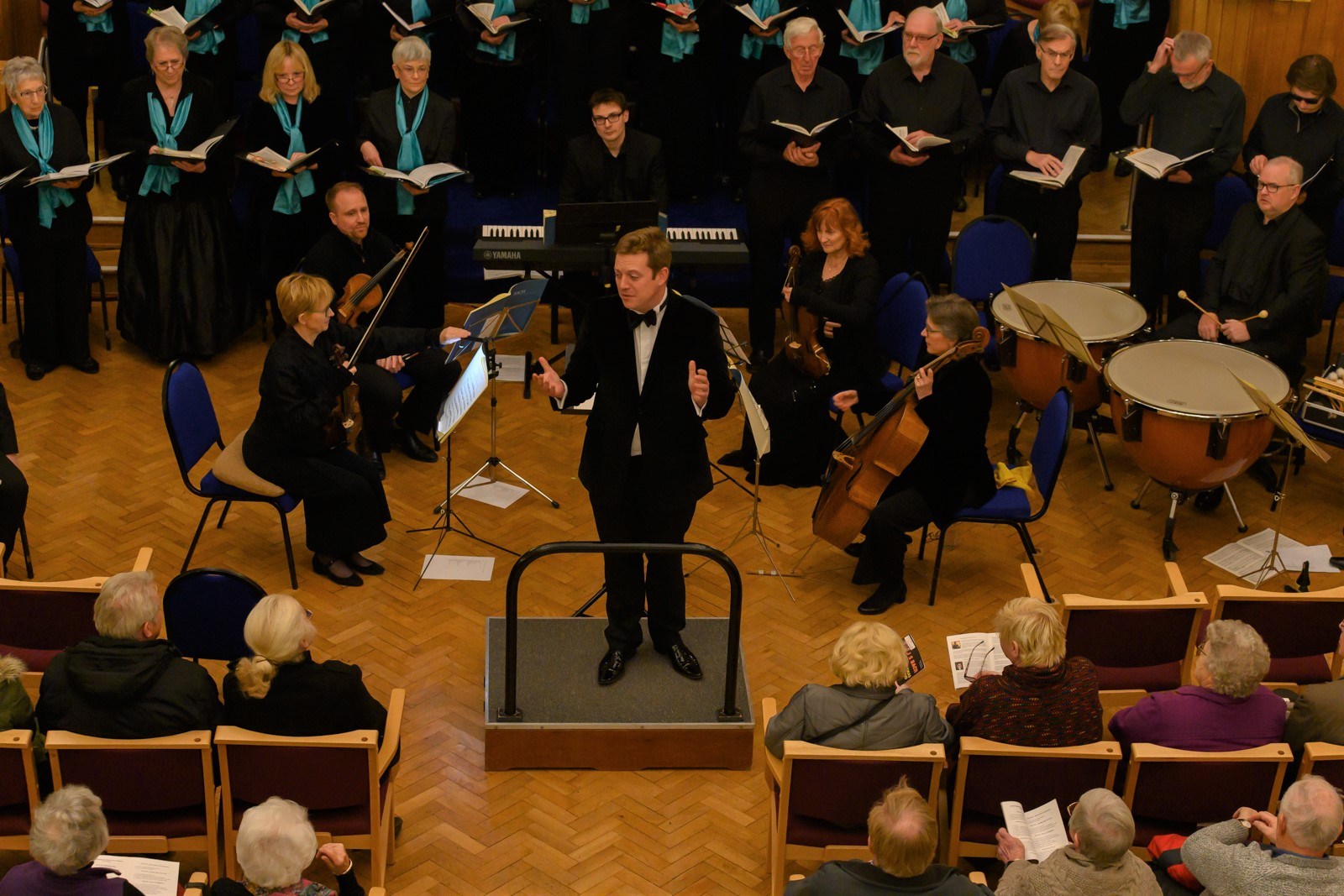 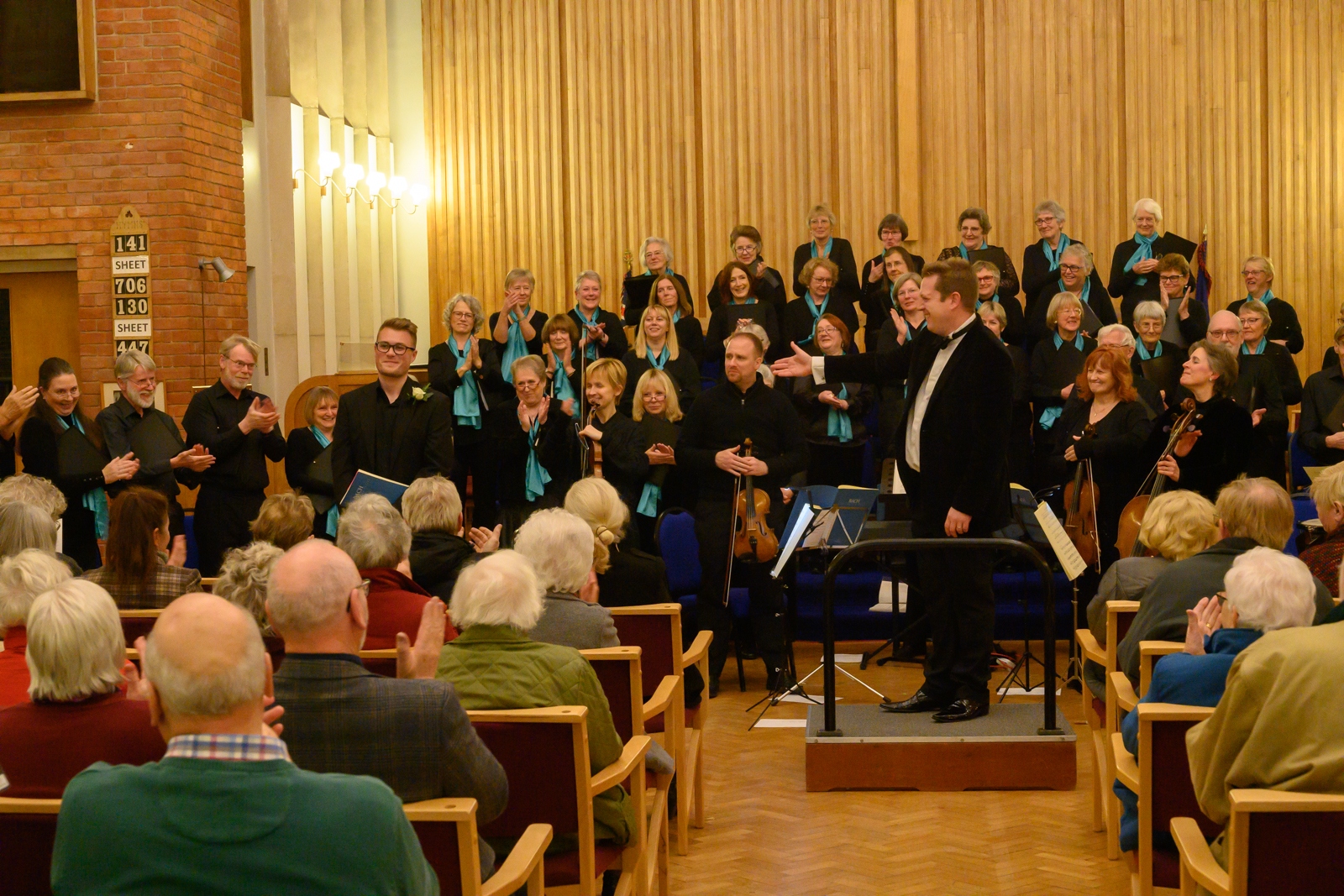 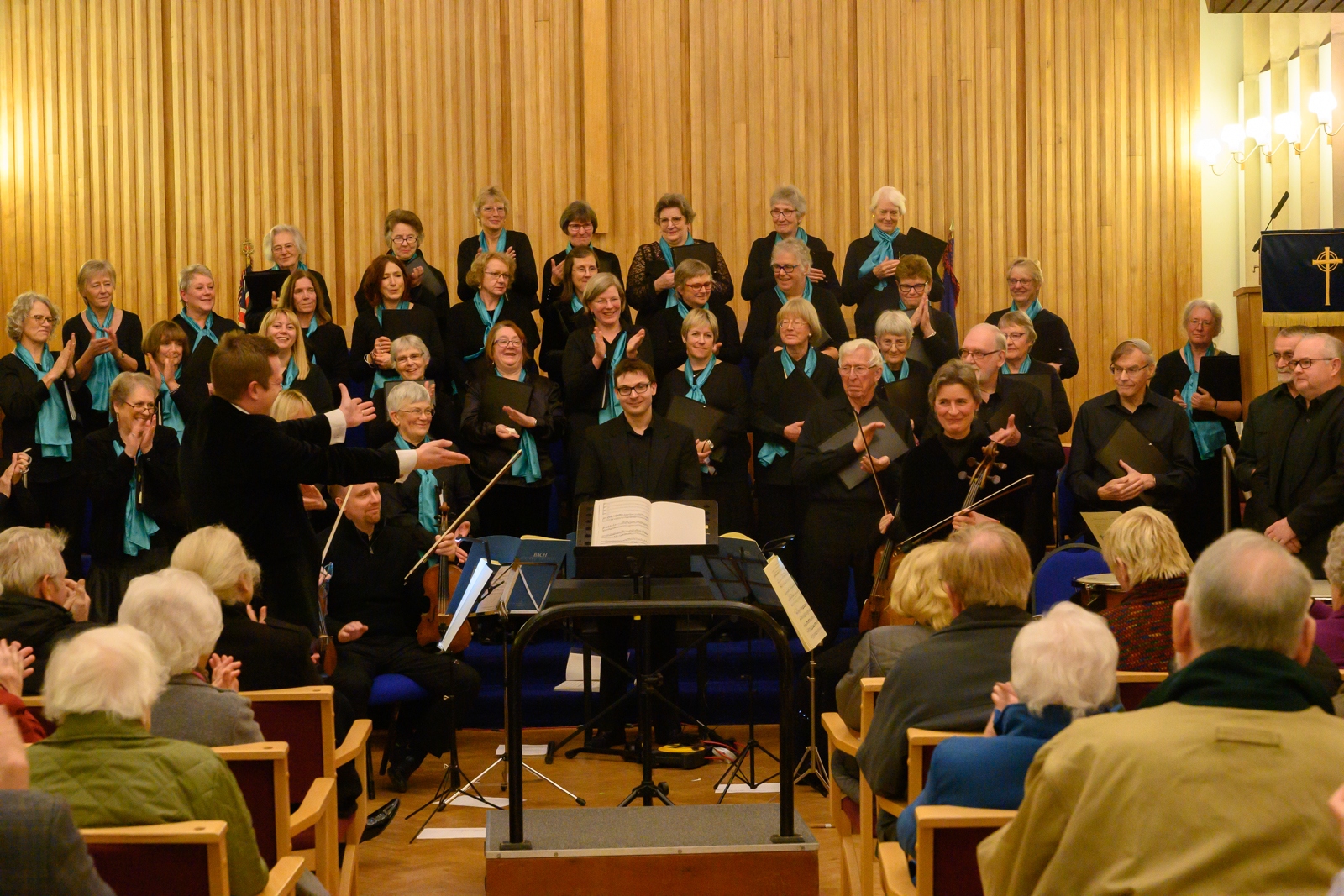 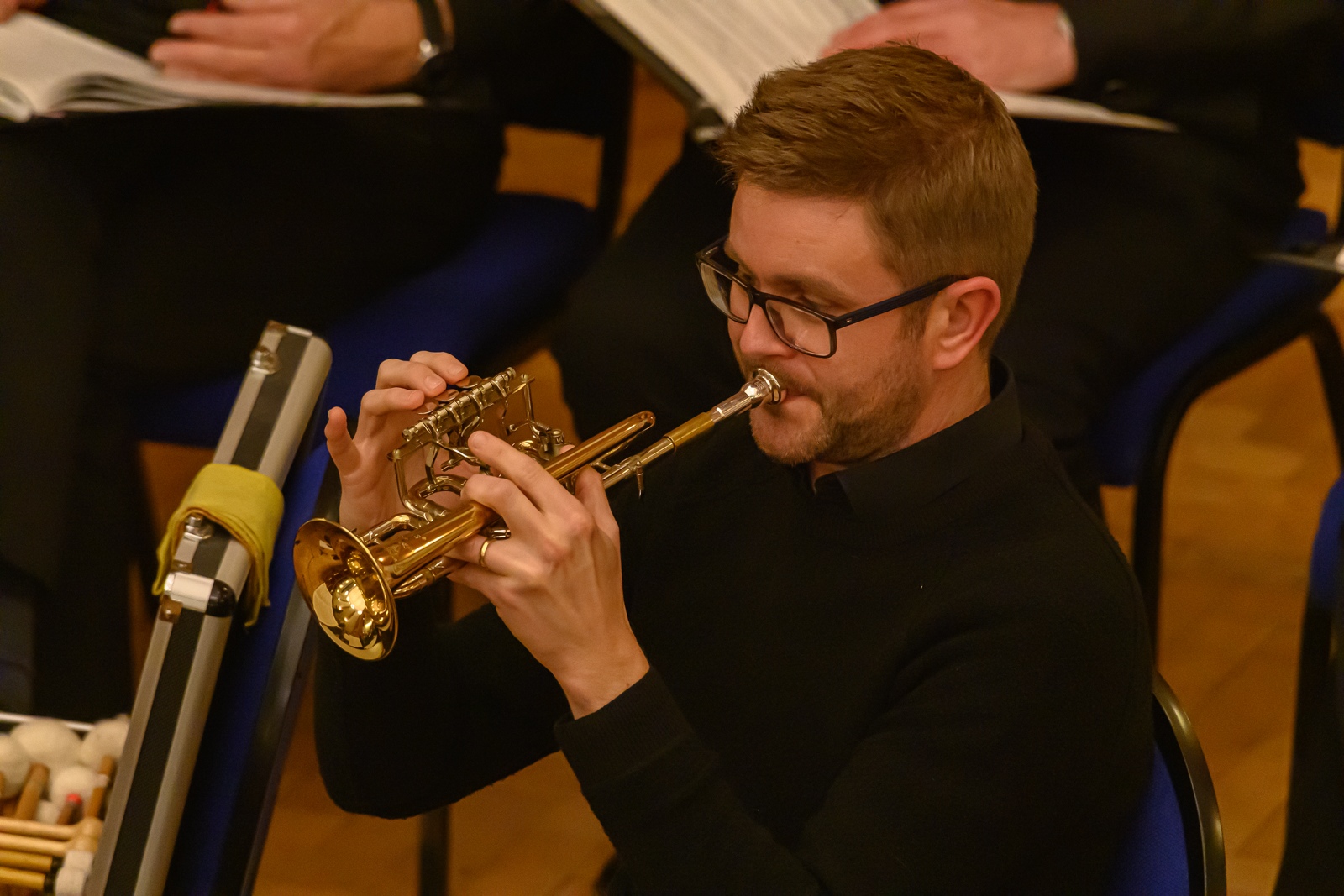 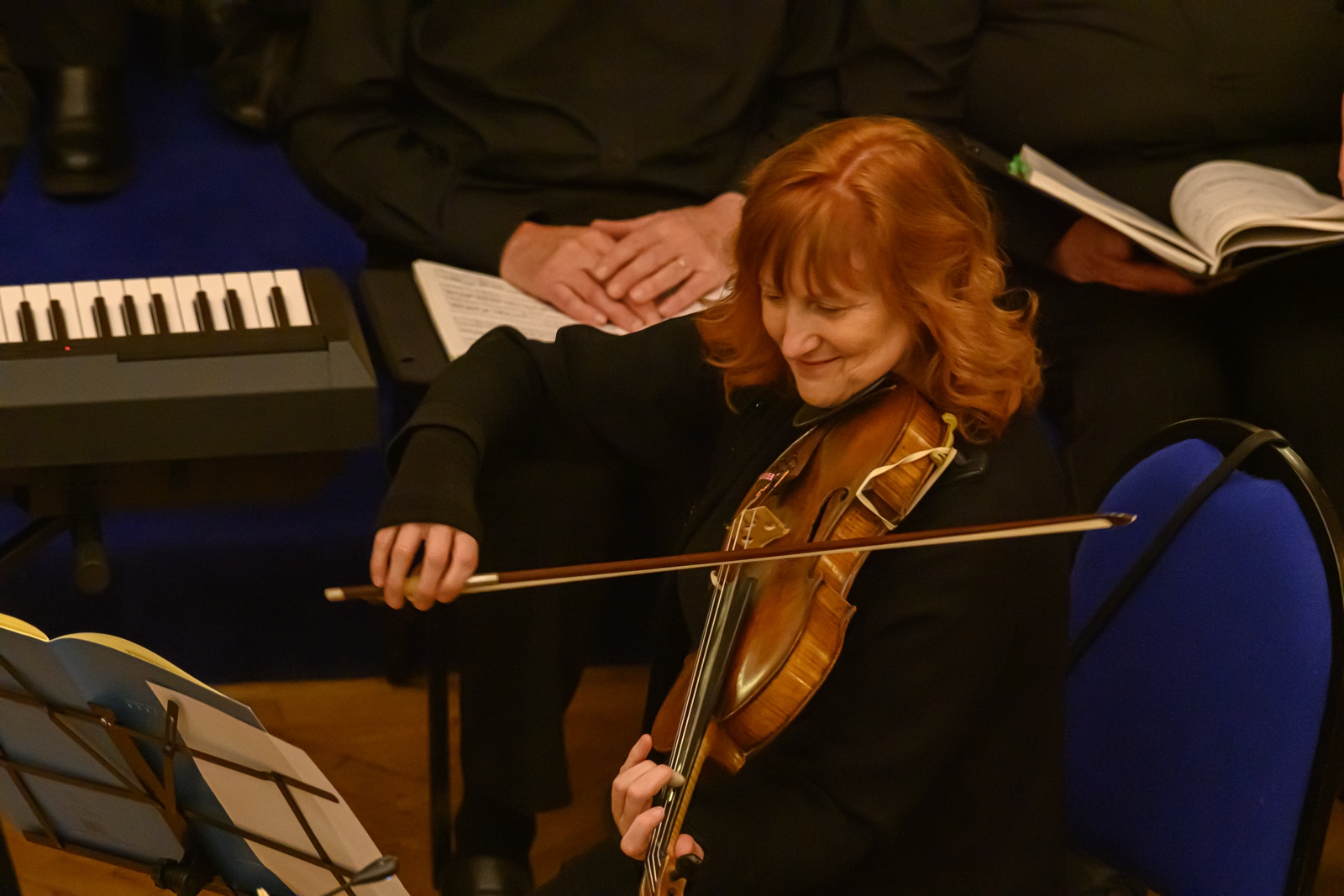 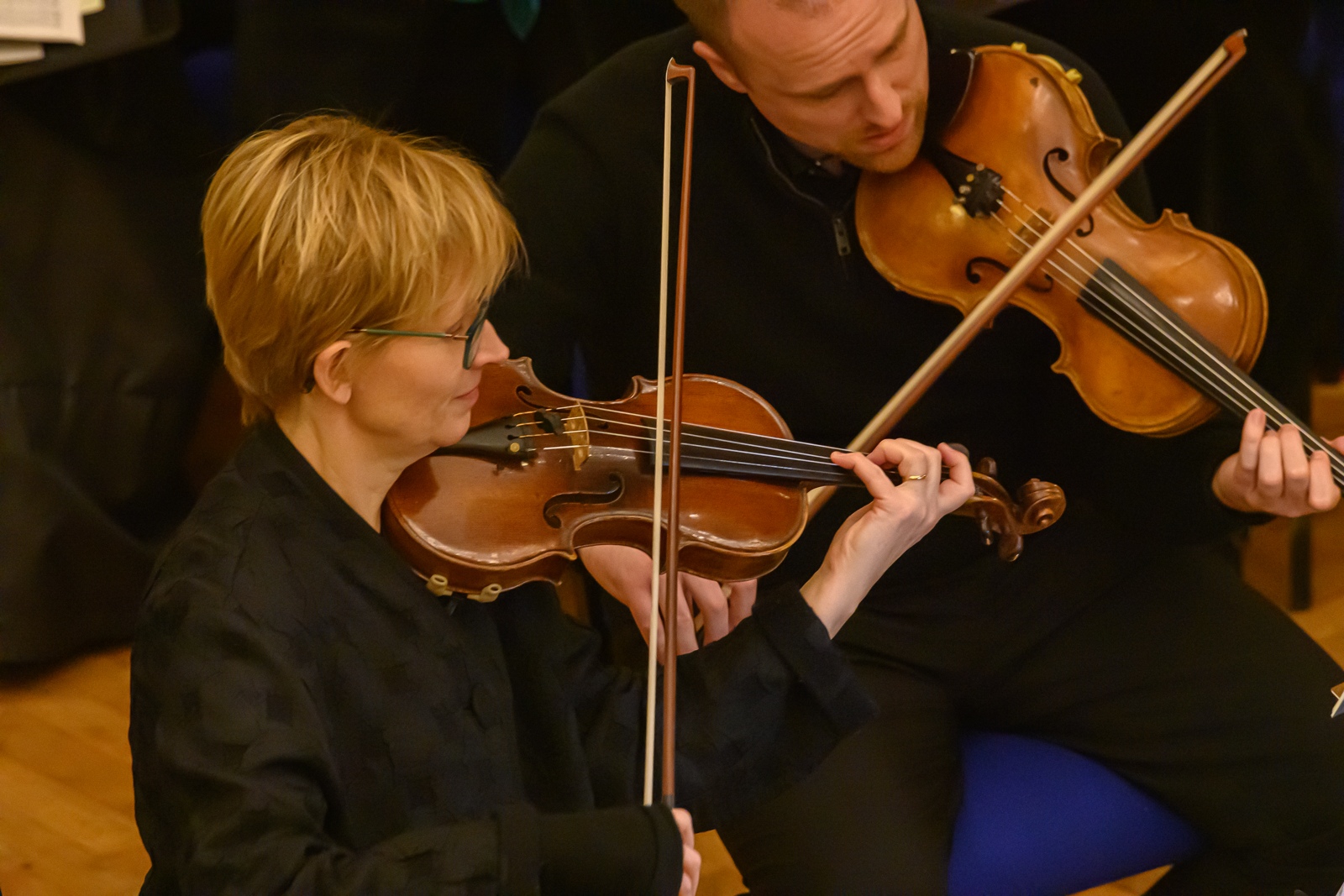 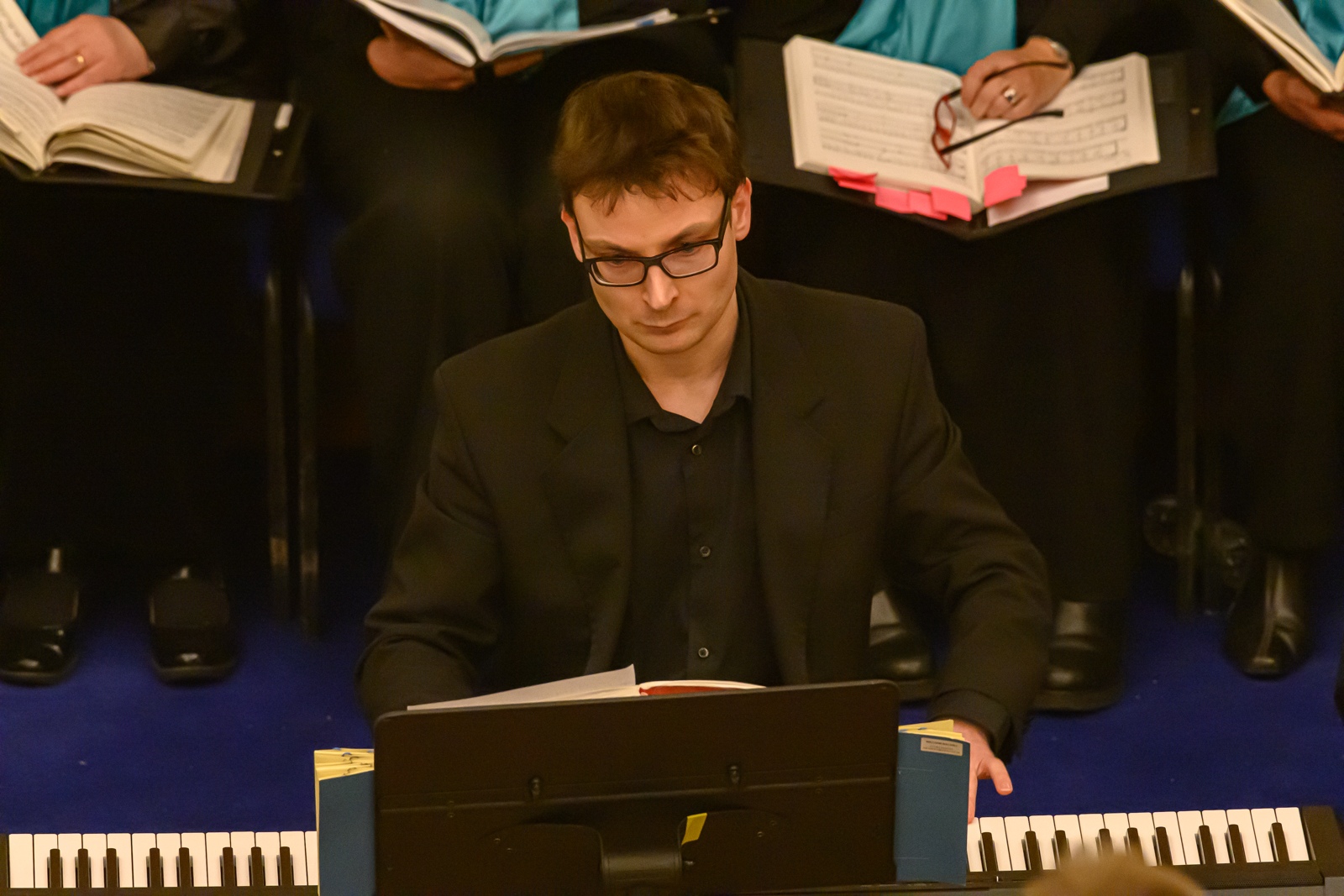 On 16 June 2019 we had our summer concert, billed as ‘Shakespeare meets Jazz’, a lighter selection of songs from Shearing’s ‘Songs and Sonnets and Rutter’s ‘Birthday Madrigals’. These were enhanced by some talented actors reading other Shakespearean selections, and was very well received by our audience.

On 30 March 2019 we had our spring concert including Brahms Requiem and other works. What a night! We ran out of tickets! The baritone soloist had to pull out because of illness but the ever-versatile Tom Appleton stepped in and gave us an amazing performance of Purcell’s “Song of the Cold Genius” as well as the solo parts in the Brahms while conducting. Who said men can’t multi-task!!  William Baldry our fantastic accompanist gave a truly virtuoso performance on piano and organ and Lindsay Gowers, soprano, sang beautifully and with such clarity. We even had audience participation in the Britten. A concert to remember. 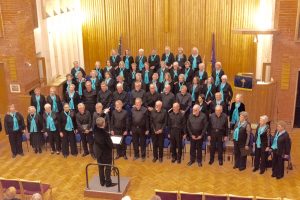 On 1 December 2018 we were delighted to take part in the BBC Radio Suffolk “Children in Need” Concert at the Apex in Bury St Edmunds. An added pleasure was that Terry Waite, our President, was also taking part.

Our first concert as Tom Appleton as our Musical Director was “Messiah”, on 3 November 2018 at Stowmarket Parish Church. It was a most enjoyable event and very well received!

On 23 June and 7 July 2018 we joined with the Dorian Singers to present two joint concerts in Felixstowe and Stowmarket, performing Captain Noah and His Floating Zoo by Michael Flanders & Joseph Horovitz, and Songs of the Fleet by Charles Villiers Stanford.

On 18 March 2018 the Stowmarket Chorale was joined by children from Rougham, Great Finborough, and South Lee Schools, together with Alexander L’Estrange and his jazz quintet, to sing L’Estrange’s Zimbe! with its songs of Africa, and a performance of John Rutter’s Mass of the Children. The concert was performed to a packed and appreciative Apex in Bury St Edmunds with just four seats remaining in the back row.

On 17 June 2017 we performed Vivaldi’s Gloria and Karl Jenkins’ Stabat Mater with a small sinfonietta which was very well received.

In November 2016 we contributed light music to the Royal British Legion Festival of Remembrance.

We had a concert of summer music in July 2016 at St Mary’s church, Boxford, including Rutter’s All Things Bright and Beautiful; Mozart’s Ave Verum Corpus; Fauré’s Cantique de Jean Racine; and Rutter’s Down by the Riverside.

In May 2016 we held a hugely successful concert at the Apex in Bury St Edmunds where the Stowmarket Chorale, with the Kingfisher Sinfonietta and soloists, brought an audience of well over 250 a tribute to the Queen including Mozart’s Coronation Mass, Vespers & Clarinet Concerto.

In February 2016 we had another “Come and Sing” Day with the opportunity to come and join us in singing Mozart’s Coronation Mass.

Chorale members and our many guests at the Rutter Requiem Come and Sing day in February 2015.

“A most enjoyable day. Congratulations to all involved with the organisation.”
“I enjoyed singing the Rutter again and meeting old friends! Tempted to rejoin”
“A very enjoyable & constructive instructive day”
“I enjoyed the welcome received, the conductor (friendly, encouraging but wanting the best) & the excellent accompanist”
“A very successful day well organised, and very friendly people”
“I enjoyed the opportunity to sing such a beautiful work & being made to feel welcome”
“I enjoyed learning my way round a score! And listening to an expert explaining technical details”
“Lovely day, thanks for super lunch too”

In December 2014 we had our traditional concert focussing on Advent and Christmas music at the Stowmarket Parish Church, joined by the Skylarks youth choir and a trombone quintet from the Stowmarket Concert Band.

In July 2014 we returned to the John Peel Centre to perform Carmina Burana by Carl Orff, with its recognisable opening hymn, popularised by a well-known TV commercial and rousing choruses.

April 2014 saw the choir give the first Suffolk performance of The Peacemakers by Karl Jenkins in The Apex, Bury St Edmunds, with special guest Terry Waite, CBE, a long-time friend of the composer and contributor to the work, and now our President.

November 2013 brought a sell-out concert of excerpts from Messiah in the John Peel Centre.

In July 2013, In The Mood, Music for a Summer Evening, rounded off our season with a light-hearted, popular selection.

In March 2013, we presented Mendelssohn’s Elijah, a dramatic work with powerful episodes from the Old Testament, climaxing with the prophet’s ascension to heaven in a fiery chariot. The steadily falling snow provided an unwelcome contrast, but our loyal audience braved the elements.

Stowmarket Chorale4 months ago
One of the last rehearsals for the concert that never was! Wishing SC all the best in re-emerging this year 🎼💕🙏
9 2    View on Facebook

Stowmarket Chorale1 year ago
Was this only a year ago? Last week seems much longer - a lifetime in fact! Hope all our followers are staying well and safe. Rest assured we’ll be back once we’ve all come out the other side. Love and blessings to you all!!
8    View on Facebook